Stay tuned and get our latest articles directly to your inbox. Enter your email address below:
Julien Brulland
Written by Julien Brulland On 30 October 2008 -
Uncategorized 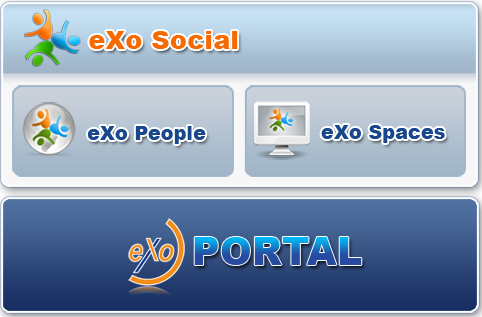 eXo Platform is promoting the OpenSocial standard at the first Google DevFest event in South East Asia. eXo will be at the following locations:

OpenSocial is a standard that defines a common API for social applications across multiple websites. Built from standard JavaScript and HTML, developers can create apps with OpenSocial that access a social network’s friends and update feeds. By using a common API, developers can extend the reach of their applications more quickly, yielding more functionality for users.

As the only B2B software editor present at the DevFest Tour, eXo has the opportunity to show its know how and skills to answer business needs. Moreover, the DevFest is the first-ever official developer event for Google in South East Asia and eXo Platform is involved in the promoting process of OpenSocial. eXo will focus its effort to spread this new technology to companies as well as to developers in order to increase the community around this standard.

“At this year’s DevFest, Google is excited to be working with eXo Platform to reach out to thousands of developers across Southeast Asia. With support from eXo Platform and other social containers, we are making social networking more useful for over 100 million Internet users in Southeast Asia and to increase the global reach for local developers through the use of OpenSocial,” said Patrick Chanezon, Developer Advocate, Google.

eXo Social is based on 2 modules : eXo People and eXo Spaces. It’s developed to help collaboration with other people inside and outside the enterprise by leveraging the existing applications.

eXo Social adds social networking to your company with eXo People while it makes people work together through communities with eXo Spaces.

eXo Social is developed on top of eXo Portal 2.5, and leverage the newly developed Dashboard that allows to easily integrate RSS feeds and thousands of existing applications.

Jérémi Joslin, eXo Social Product Manager, emphasizes: “eXo Social has been designed to help you leveraging your existing application by giving them a new dimension, the social aspect. It will help your organization’s collaborators to keep track of the information relevant to them and to organize their work.“

eXo Social is made of two modules:

eXo People, that brings Enterprise Social Networking to your work. It allows you to organize your workforce in an efficient way through a better understanding of your people skills. It also implement the OpenSocial standard that simplifies the development of social applications and allows to reuse the enterprise social graph inside your organization by any other application.

eXo Spaces, that adds communities to your work. It allows to easily regroup people by interests or projects. It leverages any existing application such as Portlets or Gadgets to enable a collaborative work.