Stay tuned and get our latest articles directly to your inbox. Enter your email address below:
Feriel Mhalla
Written by Feriel Mhalla On 16 October 2015 -
Cartoon 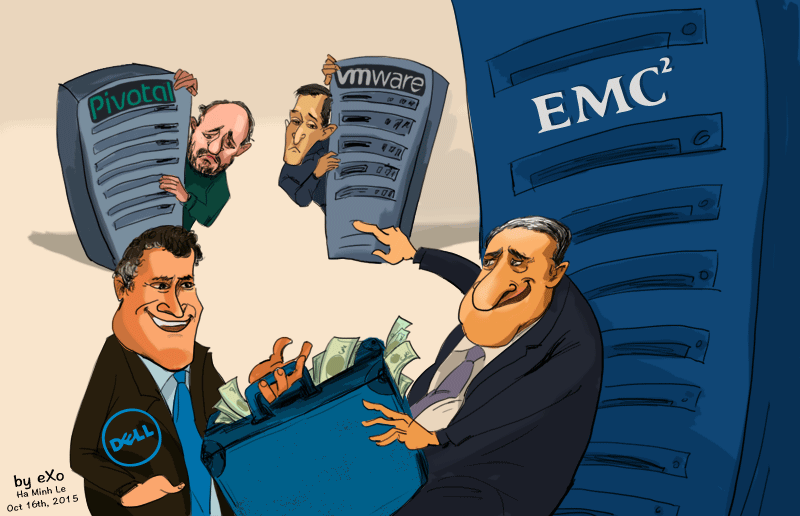 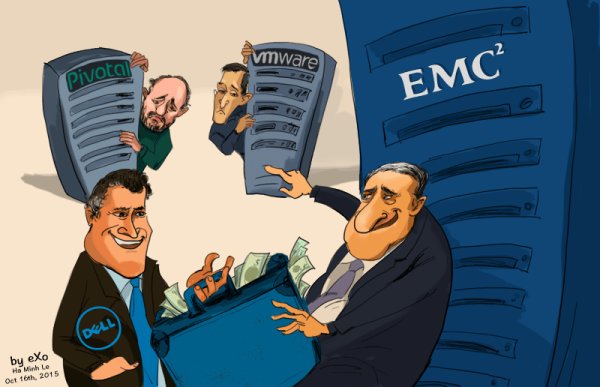 The price paid by Dell to acquire EMC was $67 billion! It is the largest merger in the tech industry to date and implies that EMC will become private, as Dell is one of the largest private companies in the US.

Founded in Texas in 1984 by Michael Dell, Dell is known for general home computers and is the world’s third largest PC manufacturer. EMC is the leading worldwide data storage provider – a nice piece in itself. However, some argue that while both are huge businesses, Dell and EMC are on the downswing. It appears that the real stake in this acquisition lies with VMWare, 80% owned by EMC, and Pivotal, a much smaller but fast-growing software business.

As VMWare controls and runs enterprise workloads on premises and the future mostly lies with the cloud, Dell will be perfectly positioned to own the future of cloud storage, if it manages to orchestrate this move for its clients.

And Pivotal, the most popular enterprise PaaS, could become the giant’s future growth engine.