So when do we need to use JBoss in domain mode?

We need to use it if we deal with multiple JBoss servers for one or multiple applications in our infrastructure. For example, if we are using eXo in cluster mode, we can use JBoss domain mode to ease the configuration and deployment, so that we have only one entry point for configuring and managing all JBoss servers.

A domain mode architecture will contain:

A complete explanation can be found in this documentation.

What the Standalone package contains:

What is the difference with Domain mode packaging: 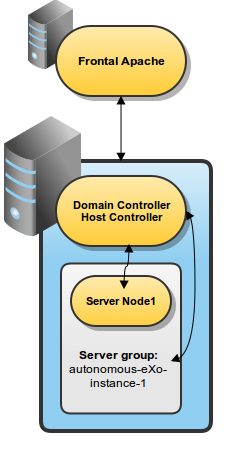 Follow these steps to get eXo Platform running in domain mode:

Edit the script to match your settings:

Create a directory named “autonomous-eXo-instance-1” to match the name used in eXo_host.xml.

create a jboss module referencing your database driver. The following example is for Mysql.

(default port is 9990)
(user and password are stored in mgmt-users.properties and created by JBOSS_HOME/bin/add-user.sh)

platform.ear is the main EAR delivered by eXo. It may contain a custom extension.
It contains all WAR, JAR and descriptors.
To deploy an EAR, two methods can be used:

Click on manage deployments and select your platform.ear archive 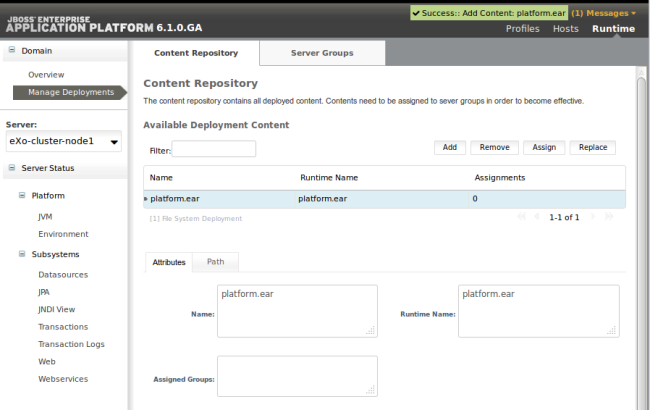 This results in a deployment called platform.ear.

This needs to be associated with a server group:

platform.ear is now associated to the server group eXo-cluster-group (as a consequence it is associated to all its child servers).

Because auto-start=”true” is enabled for the server eXo-cluster-node1 (look in eXo-host.xml), the platform is automatically deployed.

These are the last lines of JBOSS_HOME/eXo_domain/log/console-stdout.log:

Jboss-cli.sh offers the same capabilities as the web console and is scriptable.

$PATH_TO_EAR: Path to the ear.
$NEW_DEPL_NAME: Not mandatory; if not specified, the deployment name will match the ear filename.
$SERVER_GROUP_NAME: Target server group: eXo-cluster-Group in our example.

blocking=true: Means that the command will not exit until full completion of the task.

This procedure can be used to create the required instances by declaring and associating server groups with profiles, and hosts with servers.

Some modifications are required to run an eXo cluster in domain mode. These are mainly related to system properties.

A future post will describe how to perform a two nodes cluster installation in Jboss domain mode, and how to integrate modcluster for loadblancing. 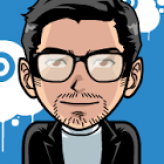