Stay tuned and get our latest articles directly to your inbox. Enter your email address below:
Feriel Mhalla
Written by Feriel Mhalla On 1 July 2016 -
Cartoon 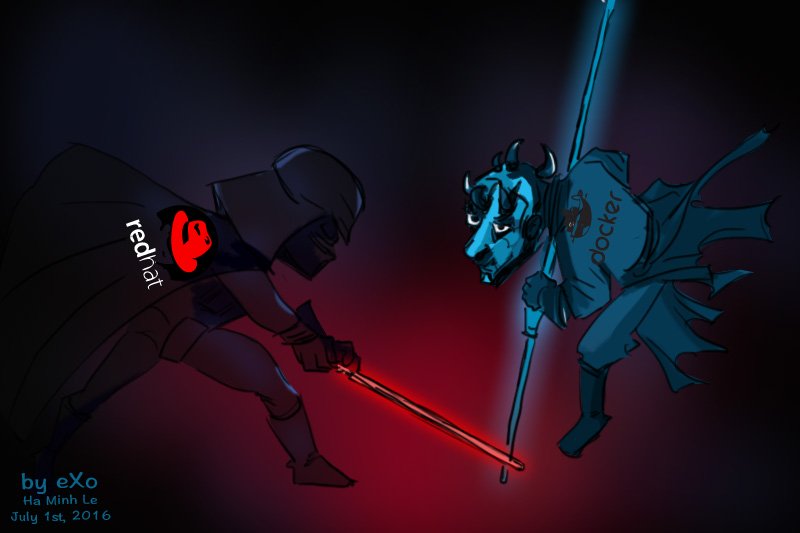 During DockerCon, the latest version of the Docker Engine, version 1.12, was announced!

This version natively integrates Swarm, the orchestration project of Docker containers, which has been in preparation for two years. And this now positions the Docker ecosystem at the same level as Kubernetes.

Until now, we had to graft Swarm to a Docker project. However, it did not necessarily work well with the use cases of a complex architecture. Whereas Kubernetes did. But now, with Docker 1.12, it is no longer necessary to consider other technologies.

Thanks to this upgrade, it will also be easier to transport your Docker cluster from a Cloud platform to another platform.

During DockerCon, Docker also presented an integration – which is in private beta – with Azure and AWS, which will allow you to quickly set up a Docker cluster on your Clouds.

Finally, all that remains for us to do now is to decide between Docker Swarm and Kubernetes…

Rate this post
Related Posts
Cartoon of the week: Is Elon Musk the new economy ...
Data protection and security in the digital workpl...
Guide to Integrate LinkedIn 2.0 Connect with the e...