Stay tuned and get our latest articles directly to your inbox. Enter your email address below:
Feriel Mhalla
Written by Feriel Mhalla On 23 October 2015 -
Cartoon 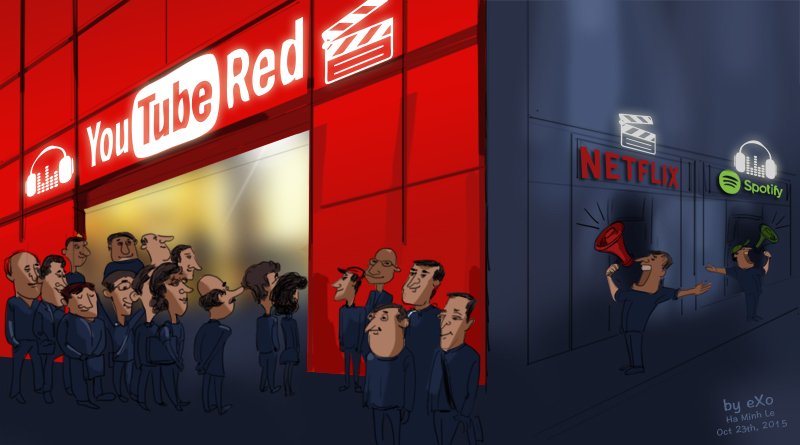 YouTube Red opens shop right next to Spotify and Netflix!

When Google acquired YouTube, it implemented a huge advertising system for contextual video … which sounds like a LOT of money.

We can all agree that YouTube is, today, the world’s biggest and most influential video platform. However, being first doesn’t mean being profitable.

Moreover, with extensive experience in the field, first from the classical YouTube platform, then enriched by YouTube Music Key, YouTube Red is a true threat to Spotify and Netflix.

We perceive that Gootube is moving towards a typical network strategy. The purpose could be to fund independent content production. Yes. Just like Netflix.
Besides, YouTube Red really is competitive. And to think, Netflix wants to increase its prices…