Stay tuned and get our latest articles directly to your inbox. Enter your email address below:
Feriel Mhalla
Written by Feriel Mhalla On 11 March 2016 -
Cartoon 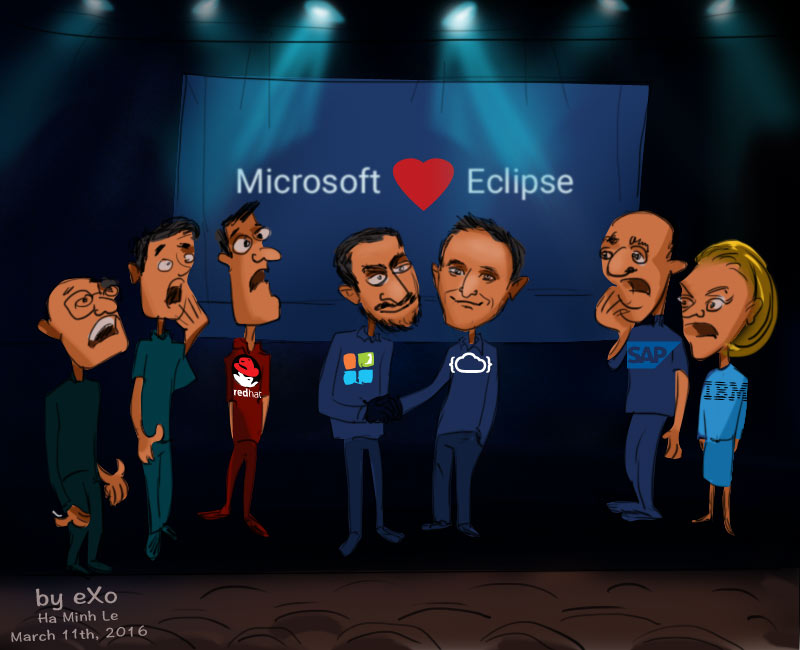 Microsoft has worked on several occasions with the Eclipse Foundation to enhance Java developers’ experiences with some of its development and platform services, including the Microsoft Azure cloud platform and Visual Studio Team Services.

Visual Studio Team Services is the online version of the Team Foundation Server (TFS), a Microsoft platform that supplies many services to development teams, including code sharing, work follow ups, and software distribution.

However, the company’s absence from the engaged contributors to the Eclipse Foundation has always been notable.

Through this new initiative, Microsoft takes one step closer to a collaboration with the foundation as a Solutions Member.

According to Shanku Niyogi, Visual Studio Team General Manager, the company will be able to work more closely with the Eclipse community.

With this announcement, we can expect a closer relationship with and integration of those we consider the most popular IDEs, including Java Eclipse Open Source IDE and Visual Studio, a Windows development software suite designed by Microsoft.

“Eclipse Che is moving development forward with a universal workspace. By making workspaces portable, they can relocate anywhere, giving development teams on-demand environments that can be part of an agile process.”  Tyler Jewell, CEO of Codenvy