Stay tuned and get our latest articles directly to your inbox. Enter your email address below:
Nouha Blagui
Written by Nouha Blagui On 21 April 2017 -
Cartoon 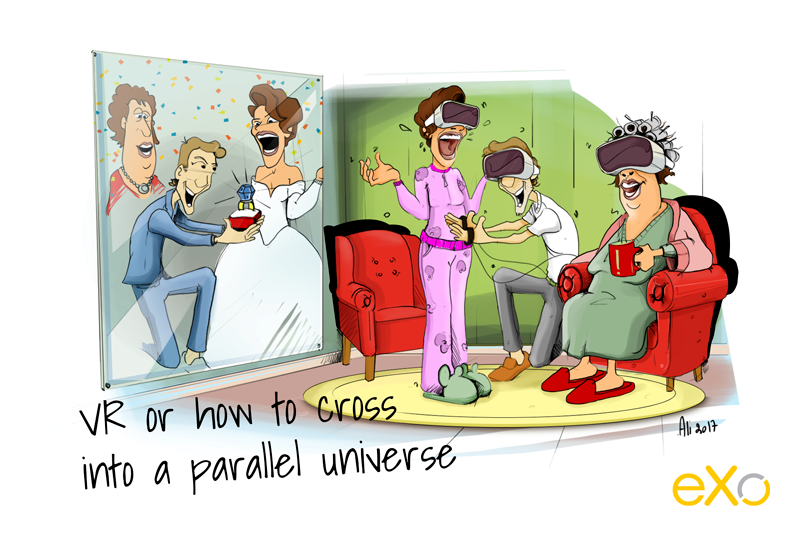 Virtual reality (VR) is one of the most important developing technologies. According to Mashable, it is expected to continue its significant growth, and this year will mark the beginning of VR’s transition from a curiosity into a tangible tool.

VR’s evolution makes it easy to predict a future in which it will be possible to create a legitimate digital imprint of yourself similar to a ‘cyberclone’, a doppleganger that will live in a virtual world and have the same reactions, emotions, behaviours, etc., as you.

That means there will be a virtual you that operates without your control and that will be stimulated by what excites you, saddens you, scares you and relaxes you…

According to Ross Finman, an artificial intelligence researcher at MIT, the big leap in technology will be ‘an extended model, where your avatar operates in the Virtual World even when you are not actively playing. Of course that requires the avatar has some sort of autonomy — and something more than Siri’s level of intelligence. It needs to have an adaptive learning capability that imitates you’.

The thought of being replicated in a virtual reality world is both creepy and exciting, but one thing is for sure: it’s happening.

If we look back at what has happened over the past two years, we can see how far we’ve come. Earlier this year, CES demonstrated a range of new gadgets and gaming experiences involving VR.

This trend is continuing with other brands aiming to make VR the future of social networking. Specifically, I’m referring to Facebook Spaces, which is setting new standards for social interactions. Facebook first unveiled Facebook Spaces at F8, its annual developer gathering.

The app allow users to hang out just like they would in person, offering an innovative way to bridge large distances. Users can also visit exotic locations, put silly masks on and even swim with sharks under the ocean.

All they need is an Oculus Rift headset, Oculus Touch controllers and a virtual avatar synchronised to their Facebook accounts with the Spaces app. From there, they can do whatever they want. Some users have claimed that it was the most fun they’ve ever had using VR.

But let’s think about it: If a program can imitate us and appropriate our data, what can companies do with this valuable information in the future?