Stay tuned and get our latest articles directly to your inbox. Enter your email address below:
Feriel Mhalla
Written by Feriel Mhalla On 18 March 2016 -
Cartoon 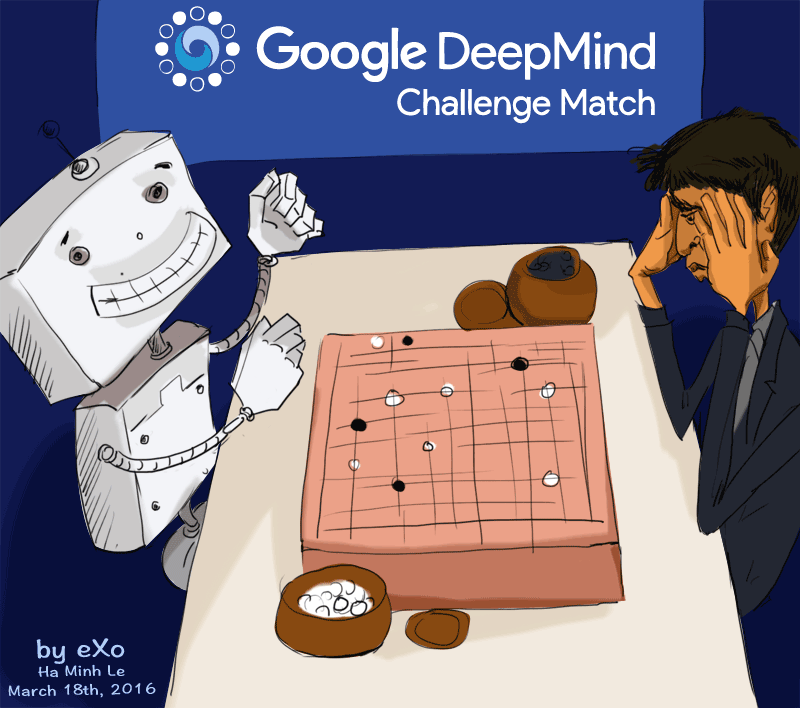 This match reminds us of the defeat of world chess champion Garry Kasparov by IBM’s Deep Blue computer in 1997. Almost a decade later, the final outcome of the duel between Lee Se-dol and Google’s AlphaGo was very much awaited.

“Would humanity be crushed by technology?” That’s what I asked myself, hoping, deep within me, that it would be a ‘no’.

On Saturday, 12 March, a computer program, designed by the giant Google, achieved a remarkable victory over Lee Se-dol, the Go world champion, which marks a real breakthrough in technology and artificial intelligence.
Lee Se-dol, who before the tournament claimed he was confident, was beaten by AlphaGo after a 4-hour game.

“I don’t know what to say, but first I would like to offer my apologies. I have not come up to many people’s expectations. I felt somewhat powerless,” claimed the Korean champion.

But we can be happy for DeepMind as it won $1 million, which will be used for charitable causes.