Stay tuned and get our latest articles directly to your inbox. Enter your email address below:
Brahim Jaouane
Written by Brahim Jaouane On 8 March 2019 -
Cartoon 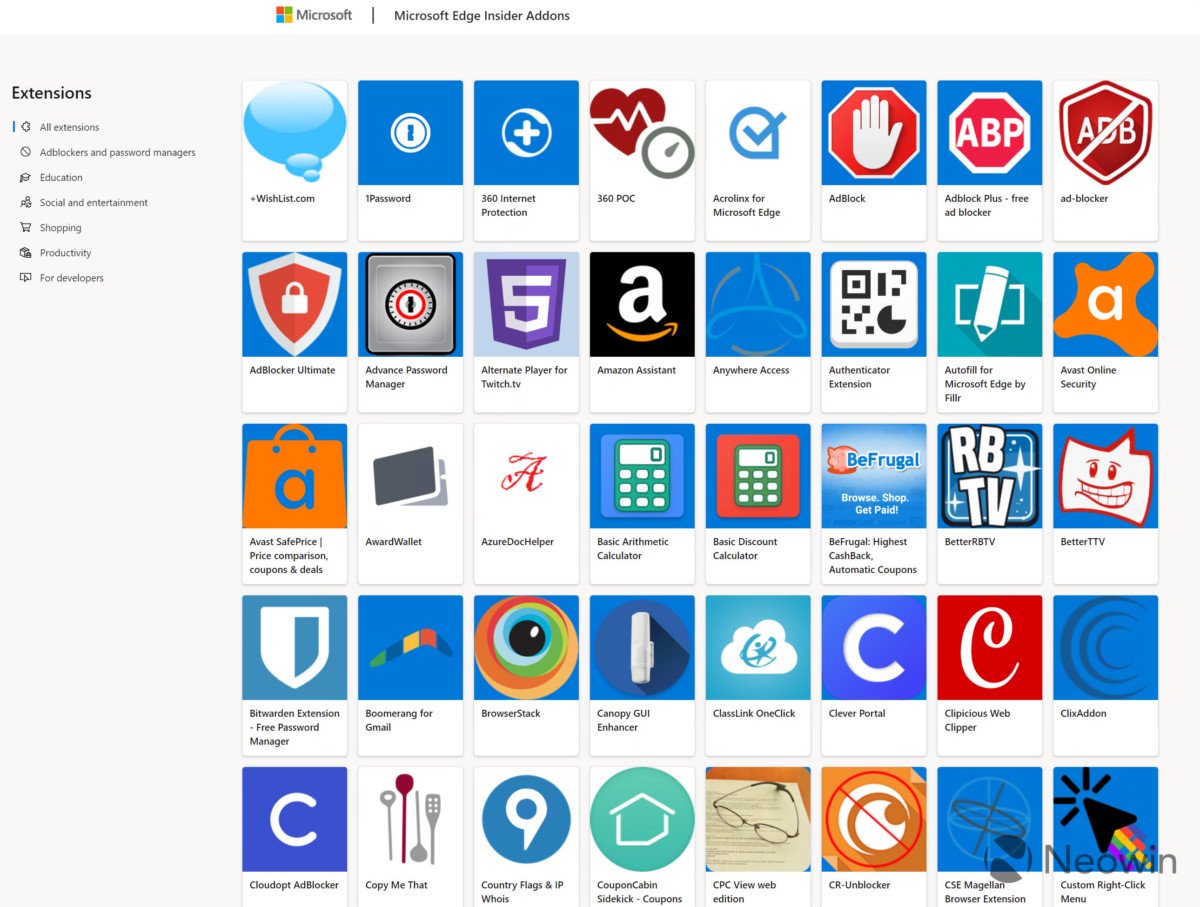 Since last December, Microsoft has been working on a new version of its Edge browser. This is a complete change, because the publisher is changing its technological base by now relying on the open source project Chromium. A logical decision insofar as Edge is a failure in terms of use.

The world of web browsers is dominated by Google Chrome despite the many criticisms made against its greed for resources. However, some competitors try to fight against this domination, even if it means for some to accept their defeat.

The Neowin website has just released the screenshots of this new browser under construction. And for now, it looks a lot like Chrome while keeping a good part of its visual identity.

The published images reveal the interface and some of the settings that will be available on the browser.

As Neowin explains, this test version of Microsoft Edge removes the ability to see all your tabs and set aside the currently open tabs for easy recovery later. These options are no longer available in the upper left corner of the screen.

On the other hand, to the right of the URL bar are the extension icons and the profile photo of the account, as it is the case on Google Chrome.

The differences appear when you immerse yourself a little more in the features. By opening a new tab, the new Edge pays tribute to its ancestor and displays first a line of the most visited sites, then a selection of information made by Microsoft News.

And since we were talking about extensions, it should be noted that Edge will keep its plug-in in store. But there are several extensions that have simply been recompiled from their versions of the Chrome Web Store.

In addition, you can still install extensions on Edge from the Chrome store, but you only need to activate a dedicated option to enjoy them.

Due to Microsoft‘s requirements, Bing is of course natively integrated into the browser. In the New Tab page, we notice that it is possible to display a different background image every day.

By scrolling down, we will find the classic Microsoft news feed as it is already the case on the current version of the browser.

For its part, let’s remember that Google Chrome is preparing to host a dark theme on both the computer version and Android.

Finally, it should be noted that the configuration menu also changes. Until now, it was displayed on a side panel. With the new version, this menu will be displayed by a new tab, as it is the case with Chrome.

It is not known when the final version of the new Edge will be available. The design can therefore still change significantly. Suspense.