Stay tuned and get our latest articles directly to your inbox. Enter your email address below:
Nouha Blagui
Written by Nouha Blagui On 17 January 2020 -
Cartoon 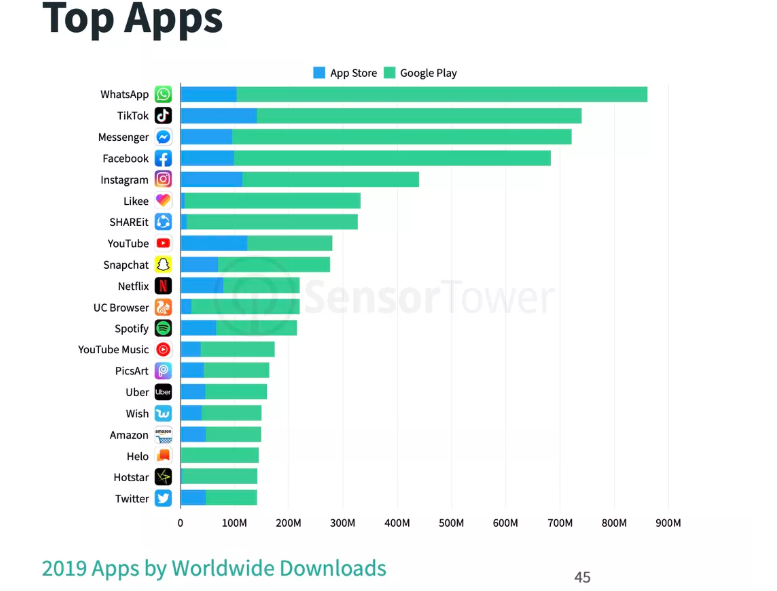 TikTok, the short videos app, has overtaken Facebook to become the world’s second most downloaded app, after WhatsApp

Among the top five apps worldwide, TikTok is the only non-Facebook app with over 700 million people downloads in 2019.

Who would ever have thought that Facebook and Messenger would both be beaten by an app that does not belong to the Facebook family?

TikTok is a Chinese social media app where users post short videos, often synced with music. The app uses an algorithm to learn what you like, in order to offer content to you on its main feed. It mostly targets teens and young adults and that’s why it’s growing at such a fast rate.

Although TikTok is gaining popularity and users all around the world seem to enjoy it, the app is facing a lot of challenges. Besides competing with the whole Facebook family, WhatsApp, Messenger, Facebook and Instagram, TikTok is facing resistance from US lawmakers over privacy and security issues.

In addition to that, its users in India are expressing political opinions during the continuing protests in the country.

TikTok is doing all it can to ban political ads and to consider such political content as ‘misleading’.

A TikTok spokeswoman said the app’s users “can post videos on whatever is interesting and expressive to them, aside from things like hate speech or other violations of our community guidelines”.

Will TikTok win the battle? Or will it be beaten by its rivals, considering the various challenges it’s facing?