Stay tuned and get our latest articles directly to your inbox. Enter your email address below:
Nouha Blagui
Written by Nouha Blagui On 24 March 2017 -
Cartoon 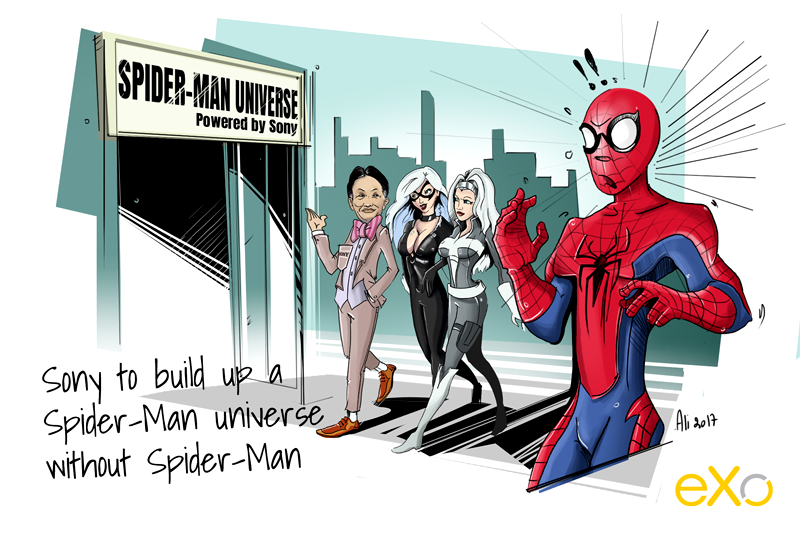 Sony announced this week that it has been working on a Spider-Man related film with female characters Silver Sable and Black Cat.

Spider-Man’s femmes fatales will be the focus of the untitled movie, but we have no idea what the story will be.

We know that Silver Sable is a mercenary who runs a company that hunts war criminals and she has been an occasional ally of Spider-Man in the comics.

As for Black Cat, she’s a burglar and an acrobatic crimefighter who has occasionally been a romantic partner for Spider-Man.

Both characters have been friends and enemies of Spider-Man over the years. They’re neither do-gooders nor straight-up villains, but somewhere in between, depending on the circumstances.

Sony to create another superhero universe

This spin-off isn’t the only Spider-Man derivative in the pipeline at Sony.

Sony is rebooting its universe. Last week it announced the release date of Venom, a movie built around the villain and occasional anti-hero.

Venom is set for release on 5 October 2018. The Silver Sable/Black Cat movie is expected to arrive sometime after that, but we don’t have an official date.

As the wheel of spin-offs has been set in motion, we can guess what the folks at Sony have in mind for the future.

It seems that Sony is planning not only an individual franchise, but also an entirely new superhero universe. Only this time the main characters are the ones who are not usually in the spotlight.

It’s time for these figures to star in their own movie.

So what can we expect next from a whole universe powered by Sony?