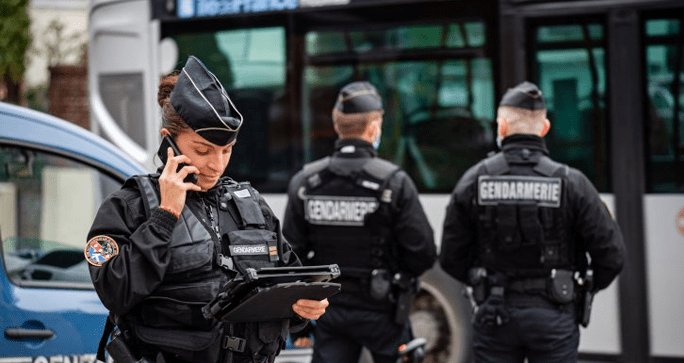 The French National Gendarmerie, which is part of the French public forces, has a public security and judicial police mission. It operates mainly in rural and peri-urban areas to combat crime, ensure the safety of people and property, participate in intelligence and provide help and assistance to people in difficulty.

Within the Direction Générale de la Gendarmerie Nationale (DGGN), it is the Digital Mission that is leading digital transformation initiatives. It wanted to set up an Enterprise Social Network (ESN) to facilitate the exchange of information within the Gendarmerie Nationale. The objective was to enable all 100,000 gendarmes spread over the metropolitan territory, the DOM-TOM as well as some thirty countries throughout the world, to collaborate permanently and exchange continuously without geographical or time constraints.

Indeed, some projects involve people across continents working 24/7 in different time zones. Until now, their preferred means of communication were email and telephone.

Another challenge facing the gendarmerie was that it was unable to share documents between its multiple sites. For instance, its representatives from the Paris area were unable to track and exchange documents in collaboration with sites in other areas.

The RESOgend project was therefore born with a view to efficiency and modernisation of resources. Through it, the Gendarmerie Nationale aims to gain in collective efficiency, to allow information to circulate more quickly, and to find it in a single place from anywhere.

Spotted by the ongoing monitoring carried out by the Digital Mission, the eXo Platform was particularly attractive given the variety of the collaborative applications included as standard. Document sharing, instant messaging, shared calendars, task manager, survey tool, and real-time notifications are all features adapted to the daily life of the gendarmes. It offered considerable time savings by reducing travel and the possibility of continuous exchange without losing the thread.

With the eXo Platform, discussion groups and projects were possible in a conversational environment with a variety of collaborative applications directly accessible from a desktop or mobile device.

The mobility offered natively by the eXo Platform was also a strong argument in the choice made by the Gendarmerie Nationale. As part of a related project called NeoGend, the Digital Mission distributed nearly 65,000 mobile terminals to gendarmes. In addition to their usual business applications (such as verification of licences and identities), they were now able to remain permanently connected to RESOgend, even in the field.

Finally, the open source nature and numerous references – such as NATO in Europe or the US Department of Defense (DoD) – in contexts where security is a major concern, were a guarantee of a certain level of experience of eXo's teams and solution.

RESOgend essentially uses the standard features of the eXo Platform. Given the pragmatism of implementation during the project, a few weeks were enough to implement the graphic charter and transpose the lexical field of the gendarmerie in the user interface (for a fast appropriation of the tool).

eXo also delivered initial training to the pilot team, which relayed it to the Gendarmerie Nationale internal training platform (Gendform). In order to facilitate the adoption of RESOgend, a communication and awareness plan was deployed to complement the training.

As far as integration into the information system was concerned, strong security requirements had to be met. This is why the solution was deployed in the Gendarmerie's private data centres and made accessible via its internal network in order to guarantee its isolation. Moreover, the inherent integrability of the eXo Platform allowed it to interface with the Gendarmerie's internal authentication brick.

Finally, given the scale of the deployment, eXo carried out an audit and consulting mission to support ST(SI)²'s IT teams on the issue of scalability and infrastructure optimisation.

RESOgend is a flagship project of the Gendarmerie Nationale's digital transformation. A solution was much anticipated by all employees, in particular to facilitate their daily lives. That is why the first communities quickly adopted the platform. Accessible from the office, at the fire station or in the field, RESOgend has a bright future because it corresponds well to the DNA of the Gendarmerie: an “esprit de corps” and a “living together” spirit.
Find all our documents and reports on digital collaboration by visiting our resource center

Ready for your future digital workplace?