Stay tuned and get our latest articles directly to your inbox. Enter your email address below:
Fares Laroui
Written by Fares Laroui On 8 January 2020 -
Thought leadership 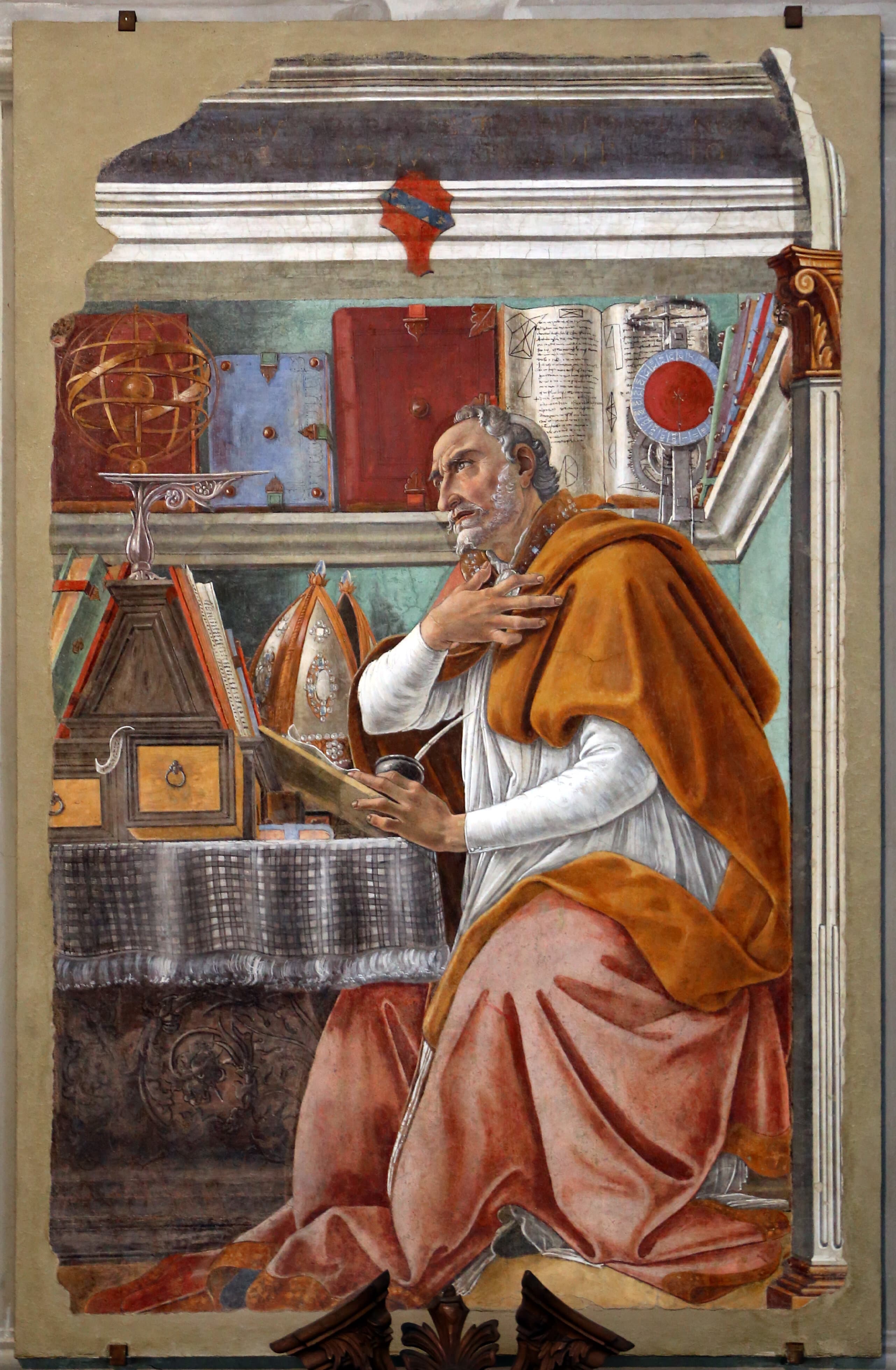 Have you ever wondered how many hours you spent at the office over the last year? Probably a lot. Add to that the additional hours spent getting to the office and back home again, and you soon realise that you probably spend half the day either working or commuting. Apply that to your lifetime and the results can be surprising or even depressing.

In fact, a number of studies found that over a lifetime, the average individual is expected to spend 90,000 hours – or a third of their lives – at work. This eventually makes the office feel like home, except it is not (yet).

Spending too much time at the office is proven to have a negative impact on your productivity, personal life and mental health. This gets even worse when you work in a poorly designed open space with noisy neighbours and virtually no privacy.

But is it worth it? And does it always have to be this way? The answer is a resounding no for both questions. First, research studies show that there is no correlation between office hours and productivity.

Actually, the average US employee only works for less than three hours a day, with the remaining hours spent on non-related work activities like social media, news websites or even looking for another job. In fact, the loss in productivity coupled with the overwhelming stress experienced by employees have now led both business and governments to take decisive actions to tackle these issues and redefine the office as we know it.

From flexible work hours and additional holidays to cutting–edge technologies and innovative work designs, the possibilities for making the work experience better and the office a pleasurable place to be at are endless.

In this blog post, we will go back on a brief history of the office and how the surge of new technologies and the generational shift are impacting the office.

Where did it all begin?

To understand the nature of the physical office, we have to go back to the medieval ages. Back then, office homes were the norm. Individuals whose jobs consisted of paperwork, bookkeeping and other office-like activities tended to work from home.

However, common working areas and offices were used primarily by governments and religious institutions during that period. Famous paintings like Botticelli’s Saint Augustine in His Cell and Saint Matthew set in a medieval scriptorium offer us a glimpse into what medieval offices looked like. They represented quiet and private work stations for monks to write, copy and study manuscripts.

Saint Augustine in His Study, by Sandro Botticelli

But the idea of an office started to gain momentum in the seventeenth and eighteenth centuries. Lawyers, doctors and other noble professionals began to open their own offices. Furthermore, the industrial revolution paved the way for new jobs to appear and colonial superpowers like the British Empire needed office buildings to handle the empire’s army, trade and different affairs. These circumstances obviously brought the office back into the public eye as the need for dedicated common working areas became greater. This period also marked the first distinction between the office, as a place to work, and home, as a place to live.

Fast forward to the late nineteenth century and beginning of the twentieth century, and communication technologies like the telegraph and the rapid expansion of the railroad industry meant that the while-collar workforce surpassed the blue-collar workforce. This led to a boom in demand for office space and the birth of skyscrapers. The popularity and widespread growth of office spaces was met by a growing interest in office design and management science. Offices of the early twentieth century were based on a scientific style of management known as “Taylorism”, a management principle created by Frank Taylor.

Taylor’s ideas were primarily focused on improving efficiency and overall productivity, with no particular focus on employee wellbeing and engagement. Offices at the time reassembled factories with packed offices and limited privacy. This factory-like office appealed to most big corporations and governmental agencies at the time owing to its ability to improve productivity while all the time reducing costs.

Office design ideas and principles continued to emerge as a consequence of the rapid technological advancements and the need for more effective designs. The 1960s Bürolandschaft or “office landscape” was designed to encourage information sharing, improve communication and give employees more privacy. The feel and experience of earlier offices were ditched in favour of a more fluid and organic layout with more spaces and room for communication and spontaneous interactions. 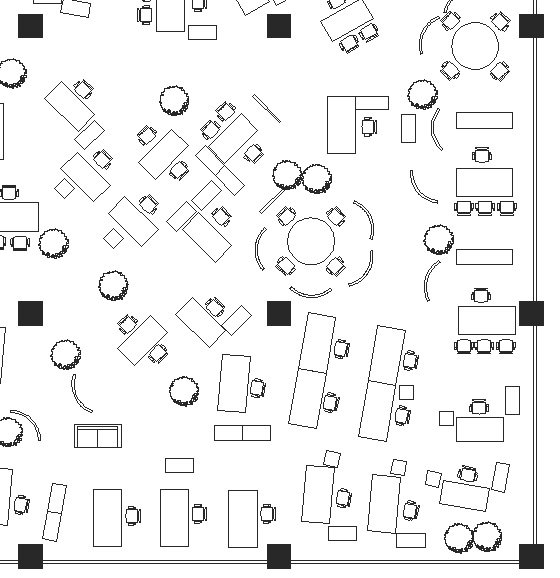 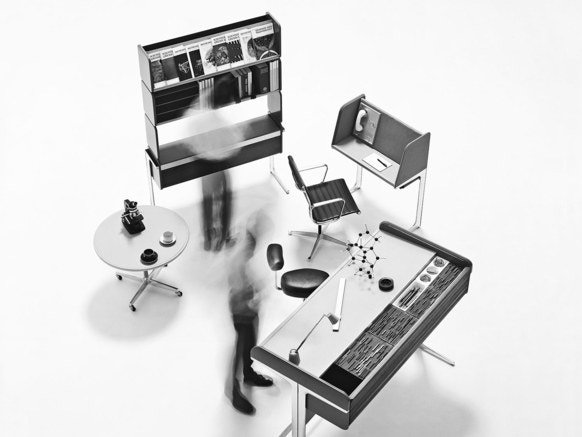 The action office soon followed. The design, created by Robert Propst, had the same promise as the “office landscape” – an open office with more freedom and room for communication, collaboration and creativity.

Both designs differ however: the action office came with different workstations for performing specific tasks and custom-built furniture to create some sort of a cubicle to ensure privacy and reduce noise.

Both designs put employees at the heart of the workplace and acted as the forerunner for the offices we know today. But they were expensive, which means that cheaper versions copied both concepts, or at least the facade, and went viral throughout the ‘80s and ‘90s. But it is safe to say these cheaper generic versions did not live up to expectations as it has been reported that people find it difficult to concentrate in such offices, with no private space and in some cases limited ability to collaborate.

The rise of remote working

History tells us that office design is often influenced by cultural, economic and technological factors. The way we work has significantly changed in recent years. The emergence of mobile devices and advnaces in telecommunications and wireless tech like 3G and 4G networks has meant that work can be done anytime, anywhere. Adding to that, the “gig economy” started to gain momentum since the 2008 financial crisis, full-time jobs were difficult to find, and companies looked for cheaper alternatives to get things done.

These changes, coupled with a generational shift in the workplace with a tech-savvy workforce (millennials and Gen Z), have contributed to the rise of remote working. To cope with these changes, businesses started adopting flexible working hours and allowing their employees to work remotely.

In fact, some companies, especially in the tech world – like Atlassian, GitHub and Basecamp – have a majority remote workforce. This was made possible thanks to the variety of enterprise software solutions that existed.

From digital workplace solutions to business-specific platforms like knowledge management systems, enterprise social networks and ChatOps, employees now have a multitude of ways to communicate, collaborate and get things done.

Whether from the comfort of their homes, the nearest coffee shop or on the road, employees are always kept up to date with the latest company news and are able to work as if they were in their office.

But where does (all) this leave the office?’

As of today, more and more businesses are leaning towards remote working. In some businesses, like Atlassian, up to 70 per cent of their workforce works remotely from various locations. This clearly shows that it’s feasible to increase the workforce without having to expand the office space. This is good news for startups wanting to grow without the additional expenses of renting and maintaining additional office space. Expenses can instead be used to enhance the work experience by introducing new technologies for day-to-day tasks and other activities.

The home is a place to work and the office is a place to meet – that is, according to Jason Fried, CEO of Basecamp. He explains, in an interview with Fastcompany, that the remote-first policy of the company deeply influenced the design of their offices. He states that the design needed to capitalise on the advantages associated with remote work, like the ability to concentrate well and work in intimate surroundings, all the while trying to get people together in a creative sound-proof environment.

“If you’re at home in a second bedroom or no one’s around during the day, you’re not distracted. You’re in an environment you can control for the most part and you work in isolation and get into deep work and [aren’t] bothered by other people. We wanted to create an office space to simulate the advantages of that, but also give an opportunity for people to get together in a sound-controlled environment.”

As mentioned earlier, additional funds generated by not having to rent additional office space can be invested to make the workplace more responsive by using cutting-edge technology. The Internet of Things, artificial intelligence and a host of collaborative apps can help to engage employees, improve business processes and enhance communication.

Introducing these high-tech apps and devices is crucially important to make the workplace feel like a second home, as today’s workforce is using such tech at home.

Examining the history of office design clearly shows the growing interest in making employees more productive while improving their work experience. Comparing early designs with today’s Silicon Valley mega offices highlights the progress made in this field. But open spaces deployed in the majority of today’s businesses are still regarded as distractive, noisy and unproductive spaces. This is because design alone can’t influence behaviour. Some work has yet to be done in terms of internal policies and corporate culture aimed at setting up guidelines on how to cooperate in an open space.

Unless things change, we will inevitably be moving in a vicious circle: from home offices in the medieval ages to the office as we know it and back to our homes today and in the future.

Rate this post
Related Posts
Will COVID-19 mean the end of the office as we kno...
5 things you need to know about the future of work
How small businesses and the self employed can cop...