Stay tuned and get our latest articles directly to your inbox. Enter your email address below:
Patrice Lamarque
Written by Patrice Lamarque On 19 November 2015 -
Tutorial

Tracking changes on documents is a pretty standard feature for any document management system . Indeed eXo Platform has incorporated this feature since its early days and, furthermore, in the upcoming version 4.3 we are introducing a set of improvements that will make this feature even easier to use.


The Battle of Concerns

Document versioning in eXo Platform was designed taking the traditional approach, which requires a user to “check out” a document to make changes and then to “check in” the updated document to confirm the changes. This approach is considered a safe way of collaboratively working on a document as it protects documents against concurrent changes being made.
But let’s face it, it’s not very intuitive as it forces users to go through the same manual steps every time when making document modifications.

To address user feedback, we surveyed some eXo customers about their experiences. We found that even though history tracking remains a top concern among our client organizations, the end users were not always able to collaborate as efficiently as they would like because document versioning issues kept getting in the way. These findings led us to make versioning optional and to users to even disable it for personal documents (already in Platform 4.0).

But while it’s tempting to provide new options to adapt to more workflows, we realized that what we really needed was a more user-friendly way to do document versioning without abandoning the promise of tracking changes. The basic expectation here is that the system keeps versions under the hood without bothering us too much when we open and change our documents freely.

So to improve the situation, we made two simple changes:

First, we removed the need to manually “check-in” and “check-out” documents in the Documents app. These operations will now be performed automatically when you edit a document over webdav or through the “remote edit” feature.
Second, we prompt you when you are about to overwrite a file. At that moment, you can decide if it’s a new version of an existing document or if a separate file should be created.

Now let’s see how it works.

From now on, when you drag and drop a file in the Documents app, if a file with the same name already exists, you will be prompted for action:

While “Keep both” will create a separate file, “Upload new version” will make a new version using the content from the incoming file.

Similarly, when you copy and paste a file that has the same name as an existing one, you will be prompted to “Keep both” or to “Create a new version”. 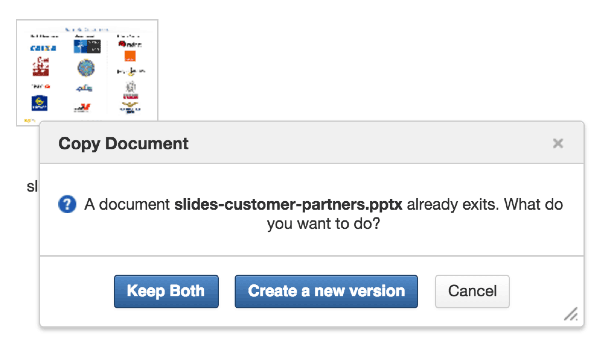 The same behaviour has been added in the “Content Selector” component and when sharing a file in the activity stream. 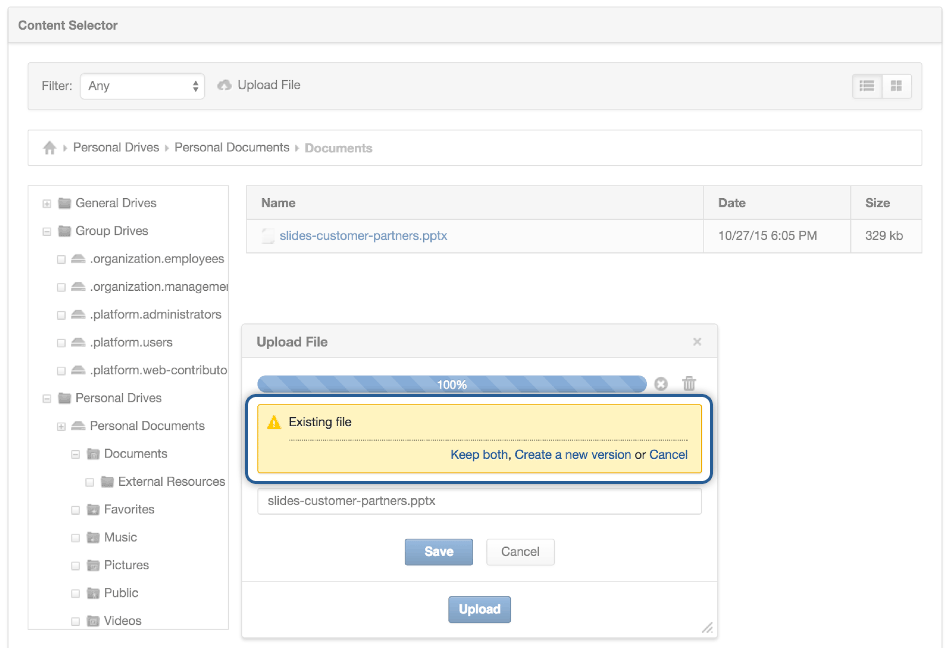 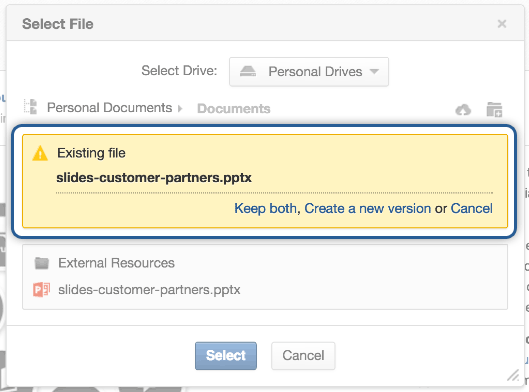 Edit and Upload a New Version

Another notable change is the action “Edit”, which has been replaced by “Edit Properties”, which no longer allows users to re-upload the content of a document. 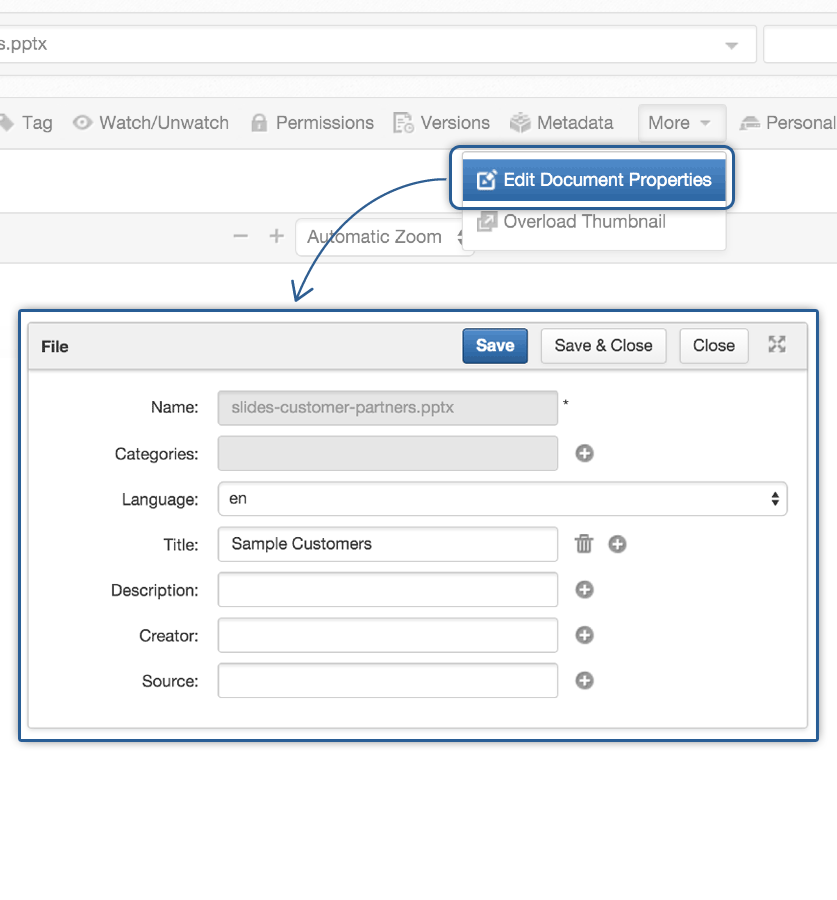 Instead, if you want to update an existing document with your local copy, you either drag and drop the file from your desktop over the file in eXo Documents, as shown above, or you use the new “Upload new version” action.

How to try it out?

This more transparent approach to document versioning should feel more natural and less intimidating than the previous approach. Why not try it out by downloading latest preview build and give us your feedback.