Stay tuned and get our latest articles directly to your inbox. Enter your email address below:
Brahim Jaouane
Written by Brahim Jaouane On 1 November 2019 -
Cartoon 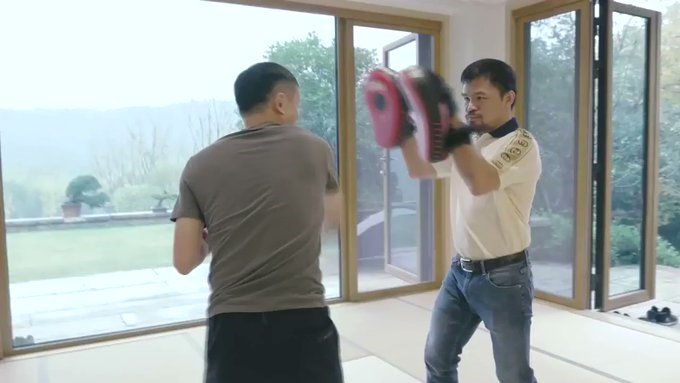 Jack Ma, the founder of Alibaba, has just challenged boxer Floyd Mayweather with the help of Manny Pacquiao.

China’s richest man, barely a month into his retirement, has already found new passions to fill his time, such as challenging boxing legend Floyd Mayweather at a match, accompanied by his new friend Manny Pacquiao.

In a tweet published on Pacquiao’s official Twitter and Instagram accounts, we can see Ma arguing with Pacquiao, who takes on the role of “Coach” of the billionaire. The two men sweat to the rhythm of the metal guitar before stopping, turn to the camera and call Mayweather by his name.

“Floyd Mayweather, if you want a real fight, fight me. If you want an exhibition, my boy, my friend, Jack Ma, will take care of you,” said Pacquiao.

Pacquiao has been a Philippine senator since his election in 2016, but this has not taken him out of the ring and is looking for revenge since he was defeated by Mayweather in 2015. 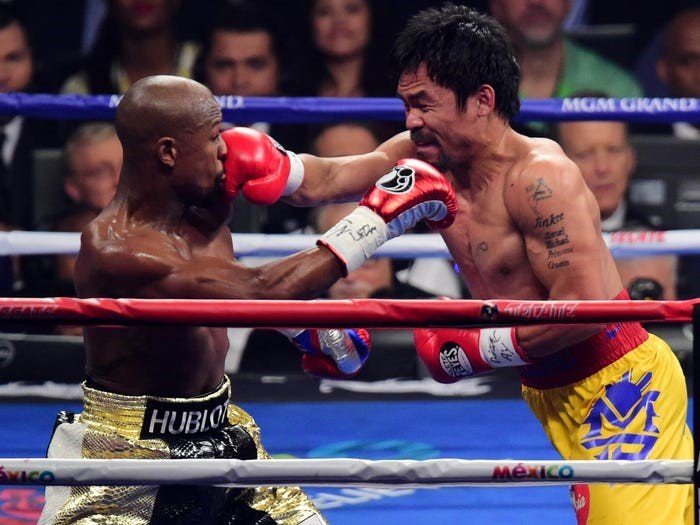 Mayweather technically retired in 2017 with a perfect 50-0 record, but sometimes still participates in exhibition matches. He won $9 million for a January game in Japan that he won in two minutes.

Mayweather responds to Pacquiao’s challenge: I don’t know who Jack Ma is

But when he heard the news, the controversial but undefeated boxer simply laughed at it.

In a video published by TMZ, a celebrity website, a journalist tried to pressure Mayweather about Pacquiao for “real revenge”.

“I know what he said,” said the American who was entering a building with friends and bodyguards. “He said that when he finally faced me, I would beat him.”

He then left the same establishment laughing and apparently having fun. This time, he was asked about the challenge of Ma‘s demonstration match.

“Who?” Mayweather responded by referring to Ma. “I don’t know who he is…”

This is not the first time that Ma has found himself in a war of words with professional fighters. In 2017, Ma, who himself practices martial arts, starred in a Kung Fu film produced by Jet Li called Gong Shou Dao. At the end of the film, two world-renowned veterans and British action star Jason Statham challenged Ma with a spectacular challenge. One of these fighters was none other than Manny Pacquiao who appears in the credits and says: “Be careful sometimes, I’ll find you… somewhere.”

This time, the challenge is real and the fight seems scary for Jack Ma who will certainly have a Halloween nightmare before this unbelievable face to face.